Dalhousie is a hill station in Chamba district in the northern state of Himachal Pradesh, India.It is situated on 5 hills and has an elevation of 2,400 metres above sea level.

Dalhousie is a hill station in Himachal Pradesh, established in 1854 by the British Empire in India as a summer retreat for its troops and bureaucrats.

It is built on and around five hills, Kathalagh, Potreyn, Terah, Bakrota and Bhangora.[2] Located on the western edge of the Dhauladhar mountain range of the Himalayas, it is surrounded by snow-capped peaks. Dalhousie is situated between 6,000 and 9,000 feet (2,700 m) above sea level. The best time to visit is in the summer, and the peak tourist season is from May to September. Scottish and Victorian architecture is prevalent in the bungalows and churches in the town.

Dalhousie is a gateway to the ancient Chamba Hill State, now Chamba District of the state of Himachal Pradesh of India. This hill region is a repository of ancient Hindu culture, art, temples, and handicrafts preserved under the longest-running single dynasty since the mid-6th century. Chamba is the hub of this culture. Bharmour, the ancient capital of this kingdom, is home to the Gaddi andGujjar tribes and has 84 ancient temples dating from the 7th–10th century AD.

Dharamsala is a city and a municipal council in Kangra district in the Indian state of Himachal Pradesh. It is the district headquarters. It was formerly known as Bhagsu

Dharamshala is a city in the upper reaches of the Kangra Valley and is surrounded by dense coniferous forest consisting mainly of stately Deodar cedar trees. The suburbs include McLeodGanj, Bhagsunath, Dharamkot, Naddi, ForsythGanj, Kotwali Bazaar (the main market), Kaccheri Adda (government offices such as the court, police, post, etc.), Dari, Ramnagar, Sidhpur, and Sidhbari (where the Karmapa is based).

The village of McLeodGanj, lying in the upper reaches, is known worldwide for the presence of the Dalai Lama. On 29 April 1959, the 14th Dalai Lama (Tenzin Gyatso) established the Tibetan exile administration in the north Indian hill station of Mussoorie. In May 1960, the Central Tibetan Administration (CTA) was moved to Dharamshala.

Dharamshala is the centre of the Tibetan exile world in India. Following the 1959 Tibetan uprising there was an influx of Tibetan refugees who followed the 14th Dalai Lama. His presence and the Tibetan population has made Dharamshala a popular destination for Indian and foreign tourists, including students studying Tibet.

Note: If the entire tour is cancelled after ticket issuance then there would be 100% cancellation for airfare (base fare). Only taxes will be returned and for land 75% cancellation.

Hotels which have been tested in the past by us and are good value of money.

Please enter the below details and we will call you back for booking. We are available between 9 am to 7 pm. Query sent after 7 pm shall be addressed on next working day. 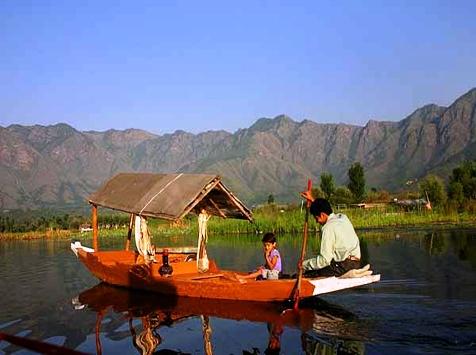 Stay up to Date